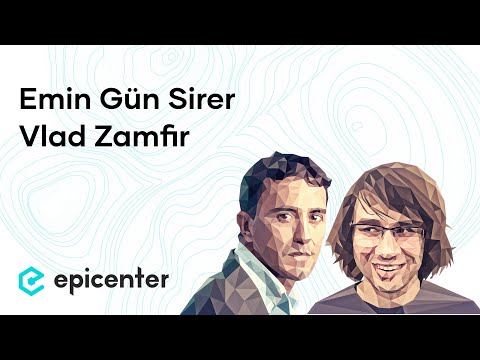 When people talk of deflation and Bitcoin, they mean that you need to pay fewer and fewer bitcoins for the same things because the demand for bitcoin grows much quicker than the supply.
We generally assume this will continue and when people talk of a price of $100k per bitcoin or similarly enormous sums, they implicitly assume that Bitcoin will be the only one. You arrive at these sums by taking all the use-cases, industries and functions that Bitcoin can do better than the current financial system, you calculate amount of money that will be needed as a consequence, take into account velocity, divide by the number of bitcoins and voila: We have a super-high price and we’re all rich:)
But there is one thing that is generally ignored. The cryptocurrency infrastructure can handle any of the cryptocurrencies similarly well. For a provider like BitPay it would (presumably) be very easy to switch to Litecoin, Dogecoin and Whatevercoin with ease. Even more importantly, they could accept different cryptocurrency simultaneously. (As long as a liquid market exists for them.) In the future payment providers, wallets and other services will handle multiple currencies simultaneously.
This could, for example, mean that you’ll need ‘a’ cryptocurrency to do remittances cheaply, but any number of them would do the job.
It seems, this could destabilize the deflationary characteristic of Bitcoin. If cryptocurrencies can be substituted for each other, then we need to think of the money supply not in terms of Bitcoin but in terms of cryptocurrencies and obviously the supply is no longer limited.
The key question this revolves around is how large are the network effects? How much more utility does one currency vs many currencies provide? Currently, you can’t do much with other cryptocurrencies so there are strong network effects. But if services make seamless, cheap and instantaneous exchange possible between currencies (and I think they will) these effects will decrease.
Am I correct? I would love to hear some thoughts and scenarios about how this will play out.
Note: - These concerns were mentioned by several people in the recent Goldman Sachs report on Bitcoin: http://www.scribd.com/doc/212058352/Bit-Coin. I highly recommend reading it. While it’s critical, it’s well-written and thoughtful. - We also discussed this question on our last podcast episode (Epicenter Bitcoin) with Sebastien Couture and Jonathan Levin of Coinometrics: https://soundcloud.com/epicenterbitcoin/eb-011 (The relevant discussion starts around 1h24m)

Within less than a year of its launch, Binance has become the most popular crypto exchange trading over $2bn per day. In the past quarter, Binance made profits of $200m, likely the fastest company ever to reach this success. Binance Founder and CEO Changpeng Zhao ("CZ") joined us to discuss why he started Binance and the extraordinary organization they built. We discussed the role of the ... Stream EB74 – Robby Dermody: Counterparty - Assets, Dividends And Decentralized Exchange by Epicenter from desktop or your mobile device SoundCloud JavaScript is disabled ChangeTip, which calls itself a “money layer for social media,” announced today a SoundCloud tipping feature that it created through SoundCloud’s public API. The company’s prime vehicle is a button, embeddable onto web sites via the Tip.Me widget, that allows content producers (be it news outlets large and small, bloggers, musicians) to accept tips. In the early days of the company, it ... The conversation starts at the Epicenter. Roger Ver discovered bitcoin in early 2011 and quickly became a bitcoin investor and adopter. His first investment, in 2011, was in Bitinstant.com, a bitcoin exchange payment processor founded by Charlie Shrem and Gareth Nelson. He went on to fund the seed round for companies including bitcoin payment service provider bitpay, bitcoin exchange Kraken ... Epicenter. Epicenter is one of the first podcasts dedicated to Bitcoin and Blockchain to occupy a space on the internet, since 2013 to be precise. This program primarily discusses the economic, social, and technological aspects that this growing industry has shown the world, changing the game for the traditional financial system.

EB60 - Robert Sams: Bitcoin, Volatility and the Search for a Stable Cryptocurrency

Mix Play all Mix - Epicenter Podcast YouTube Emin Gün Sirer on the State of Cryptocurrency, Securities Tokens, and more at EDCon 2018 - Duration: 19:59. Polymath 971 views Opinions differ on whether that is just an inevitable roadblock to be passed on the way to world domination or whether it represents a fundamental flaw that will prevent Bitcoin from ever ... Exchanges are often criticized as a central point of failure of the cryptocurrency space. This isn't without justification as, in recent years, we have seen a number of exchanges get hacked ... In the crowded race to become the leading ‘Bitcoin 2.0’ platform, Counterparty has stood out by avoiding fancy crowdsales and instead building a platform that works. The protocol, which sits ... Security researcher and RSK co-founder Sergio Lerner joined us to discuss RSK (also Rootstock), the project to launch a turing-complete smart contract sidechain to Bitcoin. We talked about how he ...